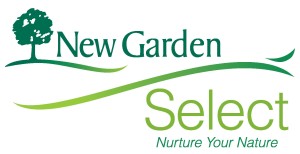 The president of a company with which we had previously done business contacted me after a lull of several years. He explained there were some new ideas he wished to share with me. The company was partnering with another industry leader to offer licensed products and services. What was needed was a new marketing slogan to help define the service to their existing customers and to attract new customers.

After several meetings with the founders and staff on both sides of the partnership, I suggested a brainstorming session. We assembled a diverse group of thinkers from both companies in the same room. The first part of the session focused on framing the problem. Next, we worked to come up with as many ways to define the new service as possible. Then, we went through the process of zeroing in on just a handful of ideas that seemed to be the most viable.

When a key participant blurted out a variation on one of these ideas, an immediate hush came over the entire room. At that moment, it was clear. We all knew we’d found what we were looking for.

We then worked to integrate the name and tagline of the new service with the logo that we had designed for the parent company nearly a decade earlier. 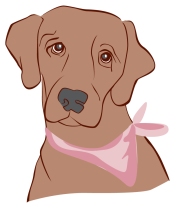 When asked to assist a non-profit organization with the redesign of its website, I met with staff and board members several times before recommending an overall rebranding effort. The organization was founded nearly two decades ago to raise money to fund research for a biological breast cancer test. It is the only organization in the world with the single mission of finding a test to detect breast cancer earlier.

I interviewed key staff and constituents to learn more about where the organization had been. Next, I facilitated a brainstorming session to begin to unearth new ideas. The session included an extensive wordplay and lots of “what if-ing.” I framed the brainstorm such that no idea was too offbeat or unworthy of consideration. We wrote down literally everything.

As a result of these efforts, we determined that in order to reach a more global audience of researchers and online donors, the name of the organization needed to change. The answer happened to be right in front of us  — the URL already in use became the new name of the organization. Here are the “Before” and “After” identities.